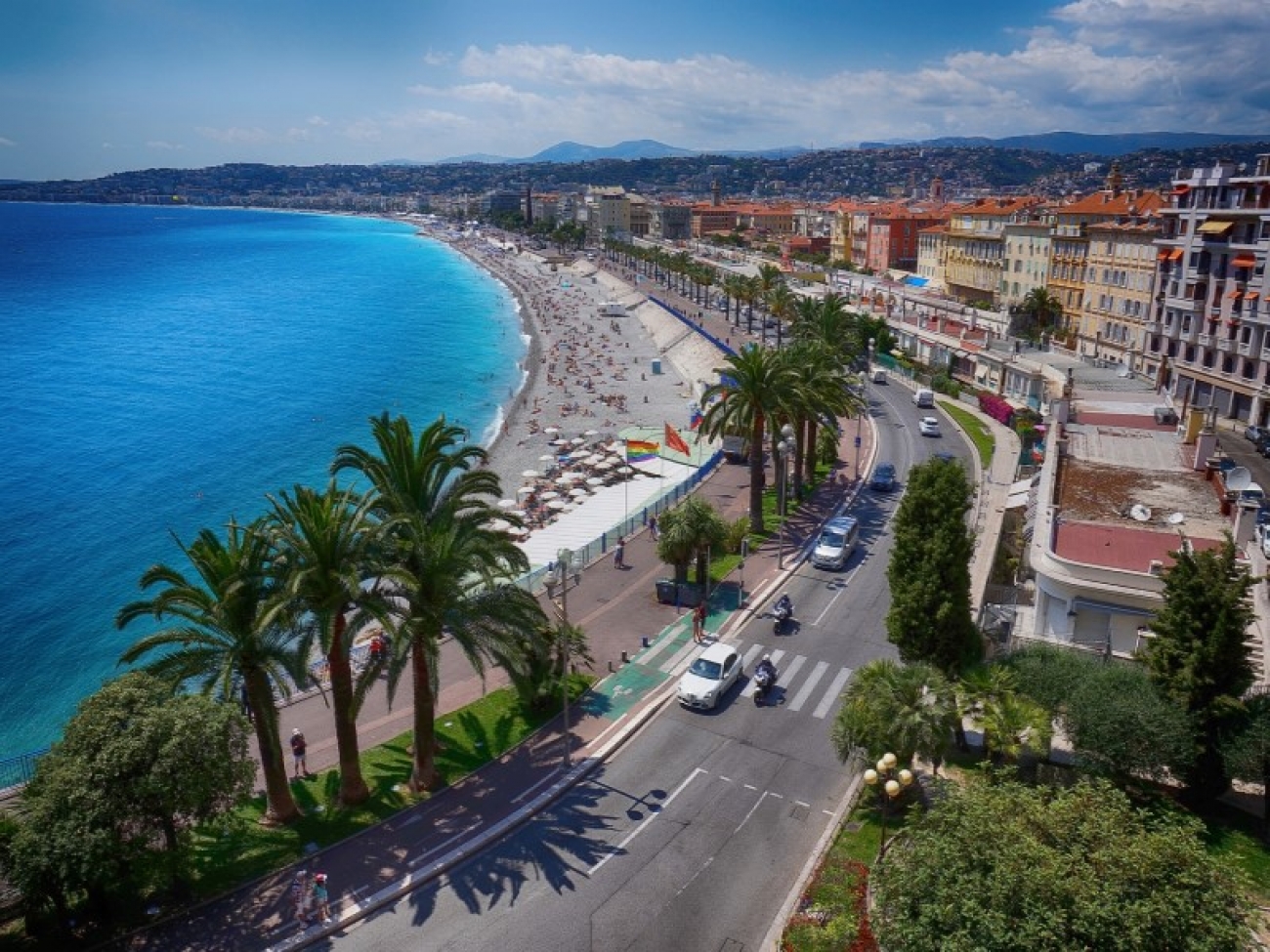 A trek to the Mediterranean coast of France and its treasures. A spectacular journey. From "beautiful Nice - Nice la belle" such as the cosmopolitan Nice nickname, the glittering Principality of Monaco and the enchanting Cτήςte d'Azur landscapes to the lively Marseille and the French south with its fairy-tale castles and fairytale castles Provence landscapes. Follow us on a journey full of colors and smells!

Day 1: Athens - Nice
Concentration at the airport and flight to cosmopolitan Nice. Arrival, panoramic tour. We will cross the Promenade du Aglais along the city's famous seaside road, with magnificent Bellevue buildings such as the Negresco, the Palais de la Mediterane, Massena Square, the Acropolis City Library (the congress center) and end at Simiej hill where the city's history began. Then we will see the Opera House, the City Hall, the Judicial Palace, the Ruska Palace, the Cathedral, and we will pass through the prestigious district of Simzeim in the magnificent 19th century mansions including the Regina Palace, home of the Queen of England. Finally we will visit the church and gardens of the Franciscan Monastery. Then transfer to the hotel. Overnight.

Day 2: Nice (EZ - Monaco)
Breakfast at the hotel. Departure to the medieval village of Ez to visit the Fragonard perfume factory. Next visit the cosmopolitan Principality of Monaco, which is the most densely populated state in the world and its inhabitants are called Monegasians. In our panoramic tour we will see the Monegasque Palace, the official government seat of the Principality and residence of the 13th-century royal family of Grimaldi, the imposing Panagia Cathedral, and finally a visit to the magnificent Oceanographic Museum Iv Kusto, and we will have the chance to get to know more than 4,000 species of fish. Free time in the city center. Return to our hotel late in the afternoon. Overnight.

Day 3: Nice - Cannes - Marseille
Breakfast at the hotel. Departure for the undisputed "queen" of the Cote d'Azur in Cannes with the famous Cruise, one of the most famous streets in the world. We will see the magnificent buildings, and the luxurious hotels, dating back to the era of Belle Eoc, as well as the Cannes Festival Palace. Panoramic tour and departure for Marseille, the provincial capital and second largest city in France, built in the Gulf of Lyon. Arrival and city tour. Crossing large avenues with imposing buildings we will end up in the old port and see the twin castles - jails of Agios Ioannis and Agios Nikolaos. We will then visit the Basilica of North Damascus at the homonymous hill and from there we will have a magnificent panoramic view of the Mediterranean big city and the islet of Iph with the fortress built by Francis I in 1516 to protect the port. The castle was later transformed into a prison for political prisoners, and among the celebrities was the imaginary face of Count Montechristos in the homonymous novel by Alexander Douma. Transfer to and from the hotel. Overnight.

Day 4: Marseille (Arles - Avignon)
Breakfast at the hotel. Departure for the historic city of Arles, known as the ancient Roman Arellate, the city with the most Roman monuments in France. We will see the Roman Theater, the well-preserved Arena, the Roman Necropolis, and the Holy Trinity Temple. The city has been declared a Unesco World Heritage Site. Then depart for Avignon, the capital of the county of Vocluz, built on the banks of the Rhδαne River, known as the seat of the seven popes of French descent in the period 1309-1377. On our tour of the historic center we will see the Papal Palace and the Episcopal Complex which is the largest in volume Gothic building in Europe, the Town Hall Square and the famous Avignon Bridge. Free time for those who want to visit inside the Papal Palace. Return to Marseille late in the afternoon. Overnight.

Day 5: Marseille (Ex-Ann-Provence - Athens)
Breakfast at the hotel. Departure to visit perhaps the most beautiful city of Provence, AixenProvence, the city of waters, which took its name from numerous sources, the birthplace of the great writer Emil Zola and the painter Paul Sezan. On our tour we will have the opportunity to walk the famous Mirabo street, with clumps of plane trees decorated with fountains, elaborate buildings and villas dating from the 16th to the 18th century. Finally we will visit the Cathedral of the Savior, built on the ruins of the ancient Roman market. Free time by the time we arrive at Marseille Airport for our return flight to Athens.