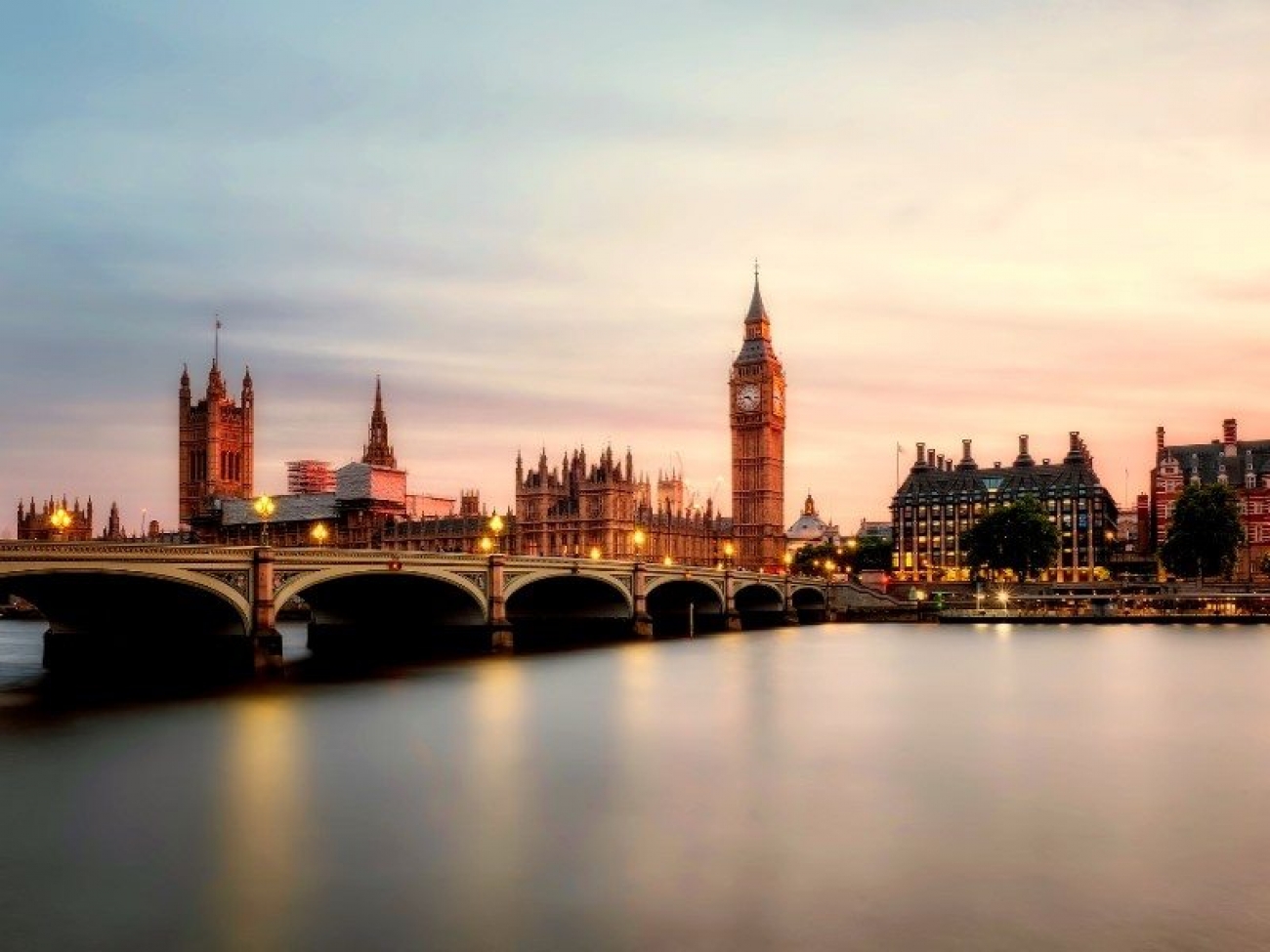 A modern big city, rich in historical monuments, you should not miss to visit at least once in your life. It is a city that can and does satisfy all visitor preferences: museums, palaces, theaters, galleries, concerts, department stores, nightlife.

Day 1: Athens - London (Panoramic city tour and visit to the British Museum)
Concentration at the airport and flight to London. A metropolis full of life that is constantly changing and changing, combining the past with the present. "If you're tired of London, you're tired of life," Samuel Johnson said. Our representative will be waiting for you on arrival and we will begin our acquaintance with the cosmopolitan London. We will start from the famous Kensington aristocratic neighborhood, with the homonymous gardens, the Palace (Kensington Gardens & Kensington Palace), continue to Knightsbridge with its luxurious market and classy architecture (there are also Harrods with its spectacular views) we will cross over the busiest and perhaps the most beautiful park in Europe, the Hyde Park. Impressive are the impressive Marble Arch, the classy Mayfair, the Trafalgar Square with the imposing Nelson Gate from which we will pass and find ourselves at Buckingham Palace. Continuing on we will see Westminster Abbey and Parliament Square, with the emblem of the city, the spectacular Big Ben watch, the London Eye, the impressive 135-meter wheel. Getting to know the impressive city will close with the visit of the Greek Parthenon Greek sculptors and sculptors to the British Museum. Then transfer to the hotel and arrange. In the evening you can optionally (individually spending) follow the city's night tour for a different, festively illuminated view of the city. London is perhaps the only European big city with so many different architectural districts.

Day 2: London (Free day for shopping, museum visits, park rides)
Breakfast at your hotel. Free day. The problem is not what to do today, but what to do! Take a stroll to get a feel of downtown Oasis in one of London's many lush parks: Hyde Park, Kensington Gardens, Regents Park Zoo or St James Park .. Maybe there is no other a city with so many museums and so many important galleries. From the new Millennium Bridge find yourself at the Tate Modern Gallery (free entry), featuring works by Jackson Pollock, Andy Warhol and other modernists. Admire works from Renoir to Raphael at the National Gallery, visit the Museum of Natural History (free admission), the Museum of Victoria and Albert, the Wax Museum of Madame Tussauds, the Museum of Science and Science (free of charge) . You can also devote your day to shopping! London has most of the international designer shops in Paris. From Marble Arch in the west to High Holborn in the east, Oxford Street stretches 2.5 kilometers with over 300 stores, making it perhaps the busiest shopping street in the world. Great London department stores like Selfridges, Harrods, Harvey Nichols and the well-known Marks & Spencer will all offer you reasonably priced. On the elegant Bond Street of the Mayfair mansion you will find shops of renowned designers (Prada, Chanel, Dior, Jimmy Choo), as well as art galleries (where Sotheby's famous auction houses are located). On Regent Street you will find the famous Hamleys toy store, Liberty department stores and more. On Jermyn Street you will find men's clothing. For a more trendy atmosphere find yourself at Carnaby Street, the hangout of new fashion and design talent. At Notting Hill you will find unusual and vintage clothing, rare antiques, in a multicultural atmosphere. Knownbridge is the legendary Harrods attraction that alone can accommodate 300,000 customers a day! In central London, most shops open at 10am and close at 7pm daily and a little earlier on Saturdays, and open on Sundays.
Night out in the West End and enjoy one of the dozens of stunning musicals! Don't forget that a trip to London is just worth watching a musical!

Day 3: London (hop on hop off day cruise gift to Thames and Greenwich with guided tour)
Breakfast at our hotel. In the morning we will take a tour with our tour guide and transfer to Westminster Pier to board the boat and enjoy a day-long floating tour along the Thames up to Greenwich! Your ticket is valid all day (24 hrs hop on - hop off). Accompanied by our leader we will combine the cruise with many sightseeing tours of London as the ferry stops in central parts of the city. We will see Westminster, London Eye, St Cathedral. Paul, Tate Modern, Waterloo Bridge, City, Tower Bridge, London Bridge, Blackfriars Bridge, Canary Wharf, also looking at the beautiful new residential building area of ​​the Docklands and up to Greenwich where we will have a guided tour. In picturesque Greenwich we will see the National Maritime Museum, which presents the history of British shipping and is the largest in the world. High up in the Royal Park, the Royal Observatory hosts the world clock. Magnificent buildings, vibrant markets and a typical nautical atmosphere. Returning, we will descend on London Bridge, London's oldest and most beautiful bridge, to visit the Borough Market, London's colorful and alternative marketplace, where the heart of the city strikes. Our tour ends at Westminster Pier in the afternoon where you are free to continue with your own schedule. Today's excursion includes a morning transfer from your hotel to Westminster Pier by coach, our Greek-speaking guide to the afternoon and a cruise hop-on hop-off ticket to the Thames for unlimited trips! There is no return transfer to the hotel as well as any sightseeing or museum tickets. Dine at a restaurant in the evening: English cuisine is not famous for its delicacies, so maybe in London you will find thousands of Italian, French, Spanish, Chinese, Indian and of course Greek restaurants.

Day 4: London (optional excursion to Oxford - Stratford - Bicester outlet village)
Breakfast at the hotel. Day at your disposal. Today you can optionally visit Oxford, a renowned campus with medieval buildings, the foundation of Anglo-Saxon education. We'll see many colleges like Balliol, the cradle of many famous scientists and politicians, up to the well-known of the Harry Potter films, Christchurch College. Free time to walk the picturesque alleys of the beautiful city. Then, crossing the villages of the Cotswolds, a most typical example of the English countryside, we will reach the beautiful and picturesque Stratford, built on the banks of the Avon, the town born and created by the theatrical philosopher Shakespeare. It is worth a stroll in the narrow narrow streets, with typical houses or a boat ride on the river. We'll see Shakespeare's birthday house and the Royal Theater. Then we will visit the discounted Bicester Outlet Village, for the most affordable prices, for all tastes and wallets and more than 120 boutiques it hosts. From Alexander McQueen and Jimmy Choo to Burberry, Marie Chantal, well, all branded brands have their own roof here, with discounts up to 60%! Late in the afternoon return to London.

Day 5: London (Visit the picturesque village and castle of Windsor) - Athens
Breakfast at the hotel. Room delivery until 12 noon. Today we will visit Windsor to get to know the permanent home of the last 860 years of the royal family. Built on the banks of the Thames, the charming village retains its 18th-century architecture, while the imposing castle dominates the site. Optional entrance to Windsor Castle. Free time for a stroll through the picturesque streets of the city. Then transfer to the airport and flight to Athens. End of our spectacular trip to the London World Cup with the most fun memories!